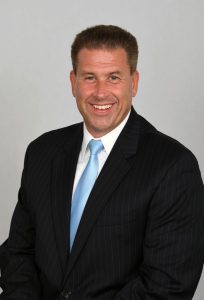 On April 19, 2021, New York State Gov. Andrew Cuomo signed the state’s 2021-2022 Budget Bill. The most notable items for contractors operating in New York to consider are as follows:

Summarized below are some of the key tax and infrastructure provisions in the Budget Bill.

According to a state summary, the infrastructure plan will be allocated as follows:

The Budget Bill sets the tax rate for corporations with business income that exceeds $5 million at 7.25%, up from 6.5%. It also delays the scheduled phase-out of the capital base tax to Jan. 1, 2024, and establishes a tax rate of 0.1875% for tax years beginning on or after Jan. 1, 2021. Note that the phase-out delay does not apply to manufacturers and small businesses.

The Budget Bill increases the personal income tax rates on high-income earners for the 2021 through 2027 tax years. The new rates are as follows:

Effective for 2021, partnerships and S corporations can elect to pay an optional pass-through entity income tax on the entity’s taxable income at rates ranging from 6.85% to 10.9%. Partners/shareholders of electing partnerships and S corporations will be allowed to take an offsetting personal income tax credit for the portions of the PTE tax paid by the entity that are attributable to such partners/shareholders.

The Budget Bill also amends the resident tax credit provisions, and, effective for the 2021 tax year, New York residents who are partners or shareholders in entities that pay “substantially similar” PTE in other jurisdictions will be allowed a credit for their respective share of PTE taxes paid to other states. Prior to this amendment, it was the Department’s position that residents were not eligible for such a resident tax credit for entity-level taxes paid.

Sales and Use Tax

The Budget Bill increases the threshold from $300,000 to $500,000 for gross receipts from property delivered into New York State and maintains the threshold of 100 sales transactions in the state to require vendors to register in response to the Wayfair decision.

The Budget Bill clarifies that the Real Estate Transfer Tax is the responsibility of the grantor. The grantor cannot pass the liability to the grantee unless there is a contract or a written agreement between both parties.

Individuals with qualified adjusted gross income of less than $250,000 will be eligible for a new credit if New York real property taxes on their New York State principal residence exceed 6% of qualified adjusted gross income. The credit is based on the real property tax paid in excess of that 6% amount, and the rate is determined on a gradual sliding scale from 14% to 0%.

Effective Jan. 1, 2021, taxpayers will no longer be able to defer current capital gains by reinvesting them into Qualified Opportunity Funds. The Budget Bill no longer allows a federal exclusion of the reinvested capital gain amount, and now requires an add-back modification for the gains deferred in the year of such deferral.

Employees working outside N.Y. due to COVID-19

Due to COVID-19, many businesses have New York-based employees working remotely. The Budget Bill allows these businesses to treat “such remote work as having been performed at the location such work was performed prior to the declaration of such state disaster emergency,” in order to claim tax credits and incentives requiring a minimum number of employees.

It is critical to note that the Budget Act does not address the personal income tax implications of remote workers. That is, the Department has already made its position clear on remote workers and its interpretation of its “convenience of the employee” rule. In this regard, “if you are a nonresident [of New York] whose primary office is in New York State, your days telecommuting during the pandemic are considered days worked in the state unless your employer has established a bona fide employer office at your telecommuting location.”

What does CohnReznick think?

Based on the size and scale of the infrastructure plan, which includes funds for the multibillion-dollar “Midtown West” redevelopment project, New York City-area contractors should remain vigilant to continue to play to their strengths and avoid the temptation of taking on work just to fill their backlogs.

Given the magnitude and complexity of the tax changes in the Budget Bill, all taxpayers (New York and non-New Yorkers) should review the new provisions to see how these changes impact their specific tax positions. In addition, given New York State’s tax rate increases on high-net-worth individuals and businesses, coupled with the pandemic’s current remote workforce climate, we would anticipate more individuals contemplating a change in domicile/residency outside of New York State and businesses exploring whether they need to have a physical location within the State of New York.

Moreover, partnerships and S corporations also need to evaluate whether the newly enacted PTE tax should be timely elected and whether this would be beneficial to their respective entities and partners/shareholders. We expect that the Department will need to issue clarifying guidance on the PTE, as we anticipate there will be many open questions that will have to be addressed based on what we have seen in other states that are administering a PTE.