Is an ESOP the Right Succession Plan for Your Construction Company?

A Case Study from Grassi & Co. 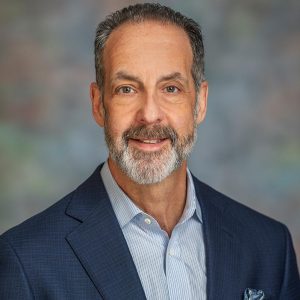 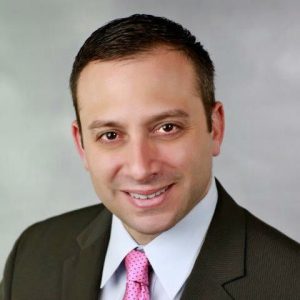 Even when succession planning is done far in advance of an owner’s exit, unexpected events and changes in the owner’s situation can necessitate a change or complete overhaul of the succession plan. That was the case for a Grassi & Co. construction client that found itself wanting to accomplish some estate planning and succession planning simultaneously.

The client, a construction concern headquartered on the east coast with operations nationwide, had multiple owners, one of whom was looking to transition out of the business over the next three to five years. Estate planning was a high priority for him, as well as for his co-owners, and they were looking for a way to take some risk out of their investment in the company.

The owners needed to decide how and when to accomplish their goals. One of the first questions they needed to consider was: How do we envision the company after the transaction is complete? They all agreed that their ultimate goal was to keep the company intact, as opposed to selling out to a competitor.

Among other considerations were their personal goals for this buy-out. They obviously wanted to get as close to fair market value as possible, but they also wanted to retain their leadership roles in the company and not relinquish control to a third party.

Based on these business and personal objectives, the owners ruled out an asset sale, strategic management buy-out and M&A transaction. They shifted their focus to inside the firm and turned to Grassi for guidance on how to keep the business interests “in the family” of employees.

An employee stock option plan (ESOP) was determined to be their best option, for a variety of reasons outlined in this case study.

What is an ESOP?

An ESOP is a type of employee benefit plan in which the owners sell ownership of the company to their employees. The ownership is held in a trust on behalf of the employees.  There is a negotiation between the current owners and a trustee for the employees on the value of the company and the terms of the transaction. The trust typically borrows money from a financial institution and the selling owners in order to complete the purchase. Shares are allocated to employees as the loans are paid off. Similar to a pension, the terms of vesting in the allocated shares are customizable.  Generally, all vested full-time non-union employees are eligible to participate.

Benefits of an ESOP

An ESOP was beneficial in our client’s situation for many reasons. In addition to getting close to fair market value, the owners were able to hold warrants to buy additional shares if certain events occurred. This “synthetic equity” granted the owners a percentage of the business if it gets sold or goes public in the future. The selling owners were able to retain their leadership positions and continue to be an integral part of the company’s future, although as the seller, they were not allowed to participate in the ESOP.

By choosing the ESOP path, the owners also realized significant tax savings in their ability to defer taxation on the gain of the sale under section 1042 of the IRS code. And the employees – or buyers – benefitted from the low risk associated with ESOPs. Because the employees do not use any of their personal funds to purchase the business, they can never lose more than they put in. They are also not taxed on any company contributions made to the ESOP until they withdraw the value of their shares upon leaving the organization, and even then, they can roll the funds into another retirement plan to continue the tax deferral benefits.

The ESOP company can also end up being a tax-exempt entity, which can be advantageous in bidding work.

Employee retention is a benefit of an ESOP that should not be overlooked. Having a financial interest in the company is a proven motivator for staying with the company long-term and engaging in its success.

Even with these advantages, deciding to enter into an ESOP arrangement should not be done hastily. Compared to a traditional sale of a business, there are many more players involved in the transaction. Typically there is an ESOP consultant, attorneys, a trustee, a valuation professional and a third party administrator (TPA).

Corporate culture is a big consideration in determining if an ESOP is the right choice for a company. Our construction client ran their company like a true business, where things were documented and handled at arm’s length, as opposed to a family business where this is sometimes not the case.

Existing debt and financing options also needed to be discussed with our clients. Most ESOP trust funds take on some level of debt to cover the purchase price, and bank financing needs to be secured to complete the transaction. We also needed to ensure that the ESOP could continue to meet any bank covenants that the company entered into.

There were many upfront and ongoing expenses that the owners needed to understand and be willing to shoulder when entering the ESOP. In addition to the CPA and tax advisor, hiring an ESOP consultant who specializes in these transactions and understands the nuances of the agreements is essential to a successful transition of ownership.

It is important to remember that in an ESOP, the owners are still selling the company. As the buyer, the employees need to have a voice representing them. A trustee is retained for this purpose and serves as an advocate for the employees and a liaison with the owners and their advisors.

Once the ESOP is established and ownership is transferred to the employees, the plan may become subject to an annual audit as well. Because our client employed more than 100 employees, they were subject to this requirement, which equated to an additional expense on top of their company’s general audit and the audit of the company’s 401(k) plan. With an ESOP also comes the need for a TPA to administer the plan benefits, as well as the requirement to file a Form 5500 for the ESOP annually.

Mitigating Risks in an ESOP

Although an ESOP involves a lot of expense upfront, owners are able to mitigate additional risk by having these many advisors by their side. When the ESOP was first being considered, Grassi was involved in helping our client understand what they were getting into and advising them on how to reduce risk.

During the negotiation process with the employees’ trustee, our clients relied heavily on our Quality of Earnings report and the other financial information we compiled to make sure they received the purchase price they deserved. We were also part of the team that helped the client negotiate interest rates, the warrants, repayment terms and other details.

For the right owners, employees and companies, ESOPs can be a powerful tool to satisfy the interests of everyone involved in a succession plan. For our client, this was a decision that was years in the making – demonstrating that it is never too early to start planning your exit strategy. Life happens, but a well-planned exit strategy and regular communication with your advisors can allow for seamless adjustments if the path to exiting your business doesn’t lay out exactly as you planned.

For more information on ESOPs or other succession planning strategies for your construction business, please contact the authors at sgoldstein@grassicpas.com or coliveri@grassicpas.com.